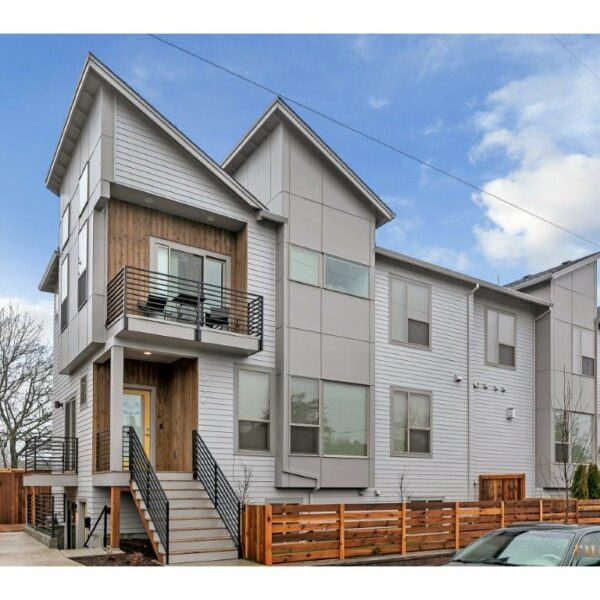 Receiverships and Pandemics, Oh No?

This was an interesting one on a few accounts.  Number one being that this was a really savvy client who was down to buy a place with an ADU so they could get rental income.  That ballooned into buying two attached townhomes with one ADU each: essentially a four plex.  The way the numbers pan out they are going to live in a really nice place for next to nothing!  The next thing was the property was built by a developer who went too big too fast and he must have filed bankruptcy because there are a number of these kind of property’s sprinkled around inner NE and N PDX that are in court receivership.  An interesting type of deal and kind of nice in that you don’t have an emotionally invested seller over there wringing their hands!  Waiting for the courts is no fun, especially in these times, but we got through it.  We even negotiated an additional 50k off the purchase price bc the market had changed while we were in contract: it was easy as asking and given the pandemic, a legitimate ask.  Tony busted his ass on this thing and is now really well versed on the intricacies of a property in receivership, and there are more of these things out there so let us know if you want to do some house hacking and let someone else pay a big chunk or your mortgage!